With all of Manley’s athletic success, Canadians were not aware that she battled severe depression. Instead of hiding her personal challenge, Manley made her depression public in hopes that it could help others. Her inspiring inner strength in dealing with mental illness, and her tireless efforts in support of mental health, Manley won a gold medal in life and is a role model for all of Canada to be proud of.

Skate Canada congratulates Elizabeth Manley on this well-deserved honour. The inductions will officially take place in Toronto on October 22, 2014 at the Mattamy Athletic Centre, the former Maple Leaf Gardens.

About Canada’s Sports Hall of Fame

Canada’s Sports Hall of Fame is an international award-winning facility with over 40,000 square feet of inspiring experiences. Located at Canada Olympic Park (COP), site of the 1988 Olympic Winter Games in Calgary, Canada’s Sports Hall of Fame features 12 galleries, more than 50 hands-on interactive experiences and a collection of more than 95,000 artefacts. Our mission is to share the stories of the achievements of our Honoured Members so that we can inspire all Canadians to be the best they can be in all aspects of life; 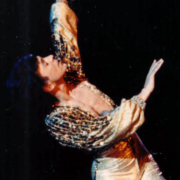